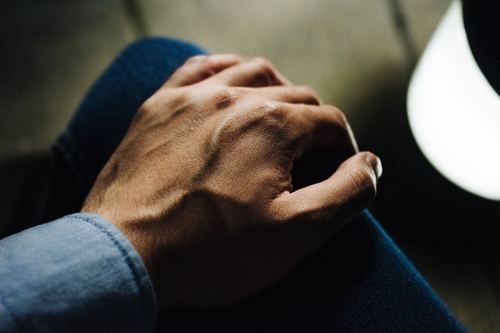 What should you, as a parent, see when watching Eighth Grade?

As a parent, watching *that scene* in the movie Eighth Grade (Spoiler Alert, for those who haven’t seen it, and want to), it is terrifying to think that your child might find themselves in the same situation. For those who haven’t seen it, the scene I am referring to, shows 13-year-old Kayla being escorted home by an older teenage boy, who she just met earlier in the evening. He pulls the car over, proceeds to invite her into an uncomfortable game of Truth or Dare, and then shamelessly tries to pressure her into removing her shirt. Thankfully, for everyone participating and watching, Kayla denies his advances; but she is left feeling guilty, devalued, and embarrassed.

What makes this scene so shocking for parents?

The reason this moment for parents is so frightening, is two-fold. First of all, you would never want your child to find themselves in this situation as the female or the male participant. While the term “peer pressure” is a little cliche, it can play a harsh role in the life of a young teenager, especially if they aren’t able to trust their gut. In order to keep a situation like the one described above, from happening, it is so important to make sure that you teach your child to be vigilant and outspoken when it comes to their discomfort.

The second thing that is unsettling about this scene, is the notion that your child might not tell you if they were assaulted, or someone attempted to assault them. Kayla comes home from her evening, and she is clearly distraught, but never tells her dad what happened to her. It is fairly normal for there to be a bit of distance between a child of this age and their parents. But in a serious situation like sexual coercion, I think it is very important that a child share this with their parent for many reasons.

How do you teach your child to push back against peer pressure?

There is a big difference between a situation that makes you feel a sense of thrill and one that makes you feel a sense of unease. It is that moment, when they realize the transition between excitement and fear, that is most important to recognize. Most teenagers allow peer pressure to get them much further into a situation before pulling the plug, ignoring their own instincts, just to keep from looking uncool. Kayla may have begun to feel a nagging sense of discomfort and low-level of fear as soon as the car started pulling over, but she was never able to vocalize this.

I realize the movie was mostly trying to tell the story from the perspective of a lost and awkward-feeling young woman. Because of this, there was no exposure to the forethought of her father. He clearly cared about her and was there giving her positive reinforcements throughout the film (as most parents do). What is lacking here is clear directives. Tell your child exactly what to do if they find themselves in over their heads --e.g., take a deep breath, say "no", and text or call immediately. To teach your child to trust their instincts, you must give them the resources to make in-the-moment decisions.

As far as keeping your child from being the pressurer, talk to your children at every opportunity about real life situations. When you are watching a movie like The Notebook, and the male character is constantly pushing the female character to spend time with him, take the time to tell your children about how a male is not entitled to spend time with a female, and vice versa. Tell them about boundaries and use examples that they can relate to. If you are comfortable with it, share about some of your own experiences (in an age-appropriate way) with friends and old romances.

Beyond sexual coercion, what else is scary about this, as a parent?

As mentioned earlier, feelings of guilt around rejecting someone can be very overwhelming and confusing.

“Why wasn’t I able to live up to this person’s expectations? After all, they were charming and attractive, not to mention they were doing something nice for me. Will they hate me, and possibly tell other people about what happened?”

Thoughts of self-harm and worthlessness can surface. In a worst case scenario, rumors in a school can circulate and be crippling for a young teenager, especially if an assault did occur.

A parent with whom they can trust can be invaluable in this situation. Sexual assault can occur at any age, so even if it feels too soon, talking about sexuality and consent openly, and with specificity, will encourage your child to approach you if they find themselves dealing with a situation like Kayla’s.

How is the News Surrounding Brett Kavanaugh Affecting Your Children?

I Don't Go to Therapy Because..
How is the News Surrounding Brett Kavanaugh Affecting Your Children?
The Parental Implications of That Awkward Scene in the Movie Eighth Grade

2018
September
The Parental Implications of That Awkward Scene in the Movie Eighth GradeHow is the News Surrounding Brett Kavanaugh Affecting Your Children?
November
I Don't Go to Therapy Because..