How is the News Surrounding Brett Kavanaugh Affecting Your Children? 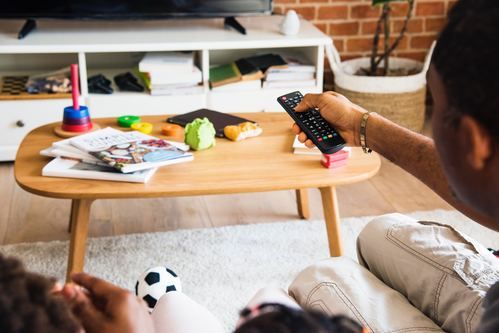 Photo by rawpixel on Unsplash

How is the Current News Cycle Affecting Your Kids?

If you are keeping up with the current political scene, you are aware that currently, Supreme Court Nominee Brett Kavanaugh is being accused of sexual assault by three women, Christine Blasey Ford, Deborah Ramirez and now, Julie Swetnick. When the news reports on these topics, they are not sensitive to the growing minds of your children. They may repeat the president’s Tweets out loud, denying the allegations of these women outright. This is not okay.

As a Parent, How Do You Filter What Your Child Hears?

The simple answer to this question is, you don’t! If your child is old enough to understand even small parts of what is going on, there is a lesson to be learned. They understand that a man is trying to get promoted, and that a woman has accused him of a serious crime, involving sex. The President of the United States is denying it outright.

What are the Micromessages About Sexual Assault Your Child Might Internalize?

There are so many potential negatives for your children who overhear this particular news cycle. A young female may internalize the idea that her claims of sexual assault will be denied, without even being heard. She may fear public humiliation and shame if she ever finds herself the victim of an assault or attempted rape.  Or she may find herself at the opposite end of the spectrum, thinking that other girls who have been through something traumatic are overreacting and being dramatic/attention-seeking when they speak out about an assault, or harassment.

Young boys may take away the notion that when they are teenagers, they can get away with forcing themselves on a female, with little or no repercussions. They might think it is a symbol of class or social hierarchy to be able to coax a female into a sexual act.

How Do You Explain the Micromessaging to Your Children?

While every parent may have a slightly different political stance, I think it is a shared viewpoint that you don’t want your child to be a perpetrator, or a victim of sexual violence. Explain to them that you know they have been hearing some commentary on the news about sexual assault allegations and you want to clarify a few things.  Their decisions around sex (from their first experience to their last) are important. Tell your children that they should never be forced to do anything that they aren’t 100 percent ready for, and they should never force someone else to do something they are not 100 percent ready for. Tell them that you will never doubt them if they tell you about an experience in which they were attacked, or forced into something. Tell them you will never be mad at them, or judge them, but will simply listen and be supportive.

The Normalcy of Sexual Violence

I am aware of many, many sexual assaults that occurred and also, what would be considered child pornography, that was created and circulated, in my high school. I don’t know that any parent was informed at the time, and I know that the ring of boys that were involved were never punished in any way. I think it is fairly commonplace for adults to have memories like this, but little has changed to prevent it from happening again with our own children.

While the news may seem too complicated, with topics that are too inappropriate for your children to know about. Keep in mind that Christine Blasey Ford was only 15 years old when the alleged assault occurred. Is it ever too soon to try to empower your child? Give them the knowledge, and the support they need to prevent sexual violence.

If you live in the Austin, Texas area and need help facilitating this conversation, feel free to reach out to me to schedule a consultation.

I Don't Go to Therapy Because..
How is the News Surrounding Brett Kavanaugh Affecting Your Children?
The Parental Implications of That Awkward Scene in the Movie Eighth Grade

2018
September
The Parental Implications of That Awkward Scene in the Movie Eighth GradeHow is the News Surrounding Brett Kavanaugh Affecting Your Children?
November
I Don't Go to Therapy Because..